KVUE initially investigated the South San Gabriel situation with a segment that ran in late July. This earlier piece looked at a Texas Commission on Environmental Quality (TCEQ) report that found six recent violations by the South Fork Liberty Hill Wastewater Treatment Plant, including discharging sewage sludge into the river and failure to properly operate and maintain the treatment plant.

In the follow-up report released this week, KVUE took water samples near the wastewater outfall point on the river, had the samples tested in a lab, and found e Coli bacteria levels to be 18 times higher than safe levels for human contact. The follow-up report also contains dramatic overhead drone video footage that shows the full extent of excessive algae growth on the river.

The City of Liberty Hill, which operates the sewage treatment plant, has refused to comment on either report.

The No Dumping Sewage campaign recently released this official video which includes footage of the South San Gabriel River algae that has resulted from Liberty Hill’s treated sewage dumping. Despite numerous violations over the past six years, the Liberty Hill plant is scheduled to receive a renewal of their wastewater permit in December 2018. Concerned citizens can go to this link  to comment on the Liberty Hill permit renewal. 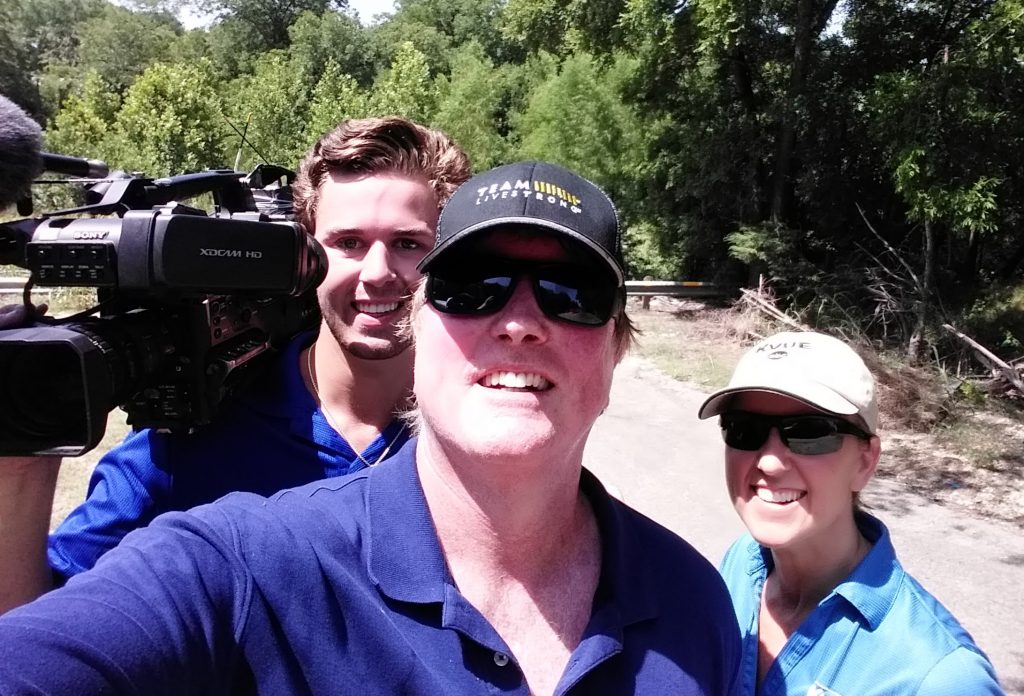