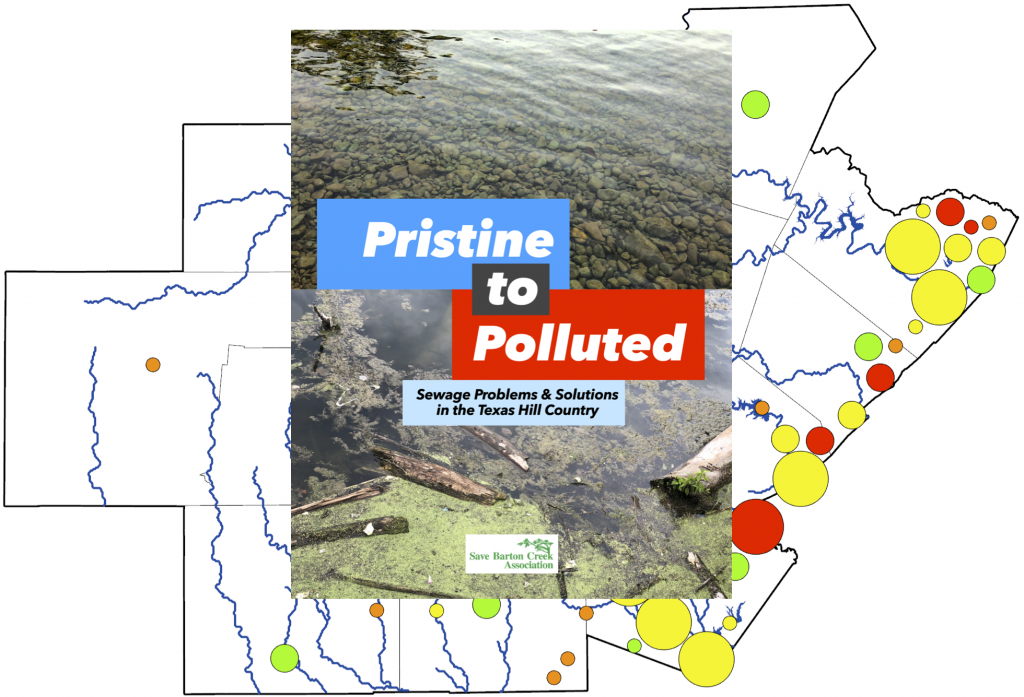 Save Barton Creek Association has released a new report, “Pristine to Polluted: Sewage Problems & Solutions in the Texas Hill Country.” The report includes the Hill Country Sewage Scorecard, which grades all of the region’s municipal wastewater discharge facilities on how often they exceed the pollution limits in their state-issued permits.

Among the report’s key findings:

• 81% of all sewage discharge plants in the Hill Country have exceeded at least one of their pollutant limits since 2017.

• The average for all plants was 8.6 exceedances, and 188 days with exceedances, for the past three-and-a-half years.

• High levels of ammonia nitrogen and oxygen depletion, which can harm fish and other aquatic life, accounted for 49% of all exceedances.

• E. coli bacteria accounted for 25% of exceedances. The presence of E. coli is a sign that other fecal pathogens are present in water too.

• We support a ban on dumping treated sewage into creeks and rivers above the Edwards Aquifer in favor of safer alternatives.

• We also call on public officials and candidates to stand with us against the direct discharge of treated sewage into Hill Country streams.

These organizations have endorsed the No Dumping Sewage campaign: